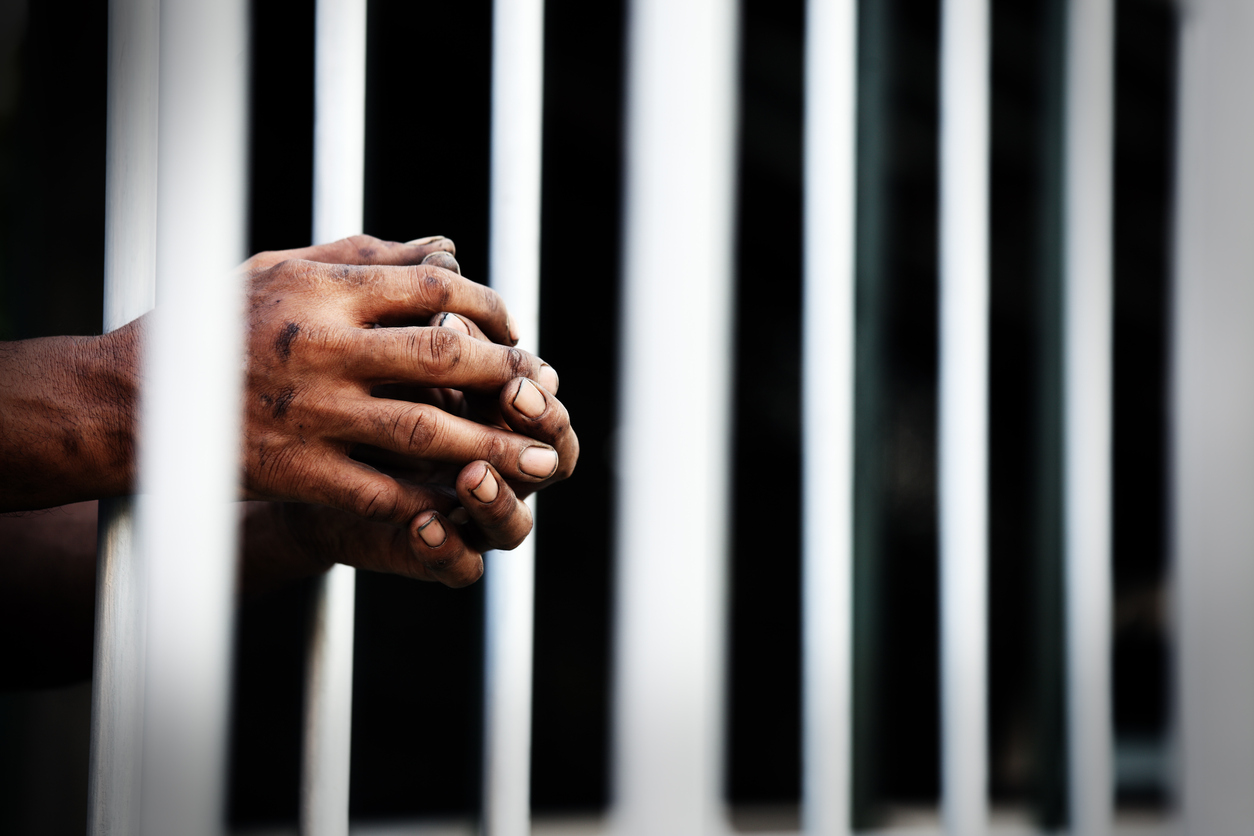 On the surface, mathematics appears to be a set of truths, and math education a way of transmitting those truths — in the same way the law seems to be a set of rules, with criminal justice a system for enforcing them.

However, just as the criminal justice system has been called “slavery by another name” for disproportionately imprisoning black people, our system of math education also plays a role in injustice and inequity. If justice is an ideal that can be distorted and misapplied, so is mathematics.

The notion that mathematics practices and policies contribute to inequity is not new. Scholars such as Danny Martin have described the phenomenon, and I discuss it in several places, including here. But as our country grapples with dismantling an unjust policing system, the parallels are conspicuous.

Watching Ava DuVernay’s documentary 13th (about how mass incarceration perpetuates a form of slavery) recently brought to mind something I discovered six years ago while researching the history of college general education math requirements. I was trying to understand why most U.S. colleges and universities required an algebra-intensive mathematics course like College Algebra or Pre-Calculus as a graduation requirement. I learned that, in the 1960s, few universities had such a requirement. In fact, in the early 1970s, when math department chairs were asked whether they favored making math a graduation requirement for every student, fewer than 15 percent said yes.

Yet, by 2010, around 90 percent of universities had math requirements. What happened in the intervening 40 years?

I couldn’t find the history documented anywhere. But searching through surveys conducted every five years by a group of math societies helped me piece together the story (partially told in this report).

College math requirements began to multiply during the 1970s, a period of huge enrollment growth and major demographic change. Though opening up higher education to more people of color might have been a democratizing force, in fact it coincided with the introduction of quality controls like general education requirements. And those led to the proliferation of remedial courses, particularly in math, as professors complained that students newly showing up in their classes were ill-prepared. Math departments grew, but the remedial courses contributed to racial stratification, since students of color were most likely to be assigned to them (and most likely to attend community colleges).

At their height about 10 years ago, remedial courses represented more than half of math enrollments at community colleges nationally. These seemingly benign attempts to help students learn math in fact served to prevent millions from progressing toward a college degree: Students placed at the lowest levels of remedial math had less than a 10 percent chance of completing a credit-bearing math course, and even lower chances of earning a college degree. Even students with weak preparation were more likely to complete a required math course if they were actually permitted to enroll in one (rather than a gauntlet of remedial offerings) and given support.

Intended or not, math requirements had become a de facto filter that could determine students’ ability to succeed in college… or even to get in. It’s little wonder that Bob Moses and his disciples refer to algebra as a civil rights issue.

Recently, as I watched 13th, the timing struck me: The growth of “law and order” politics came on the heels of civil rights legislation in the 1960s, as mass incarceration began to keep Black people out of voting booths. This coincided with the establishment of math requirements and remedial courses limiting access to college degrees.

While there’s no question that remedial mathematics is a better fate than imprisonment, the two operate in parallel ways: Both hold people in limbo states that may be temporary, but can have lifelong effects. Even after imprisonment, individuals can lose employment opportunities and the right to vote. And the more remedial courses a student is sentenced to, the less likely he or she is to ever earn a college degree or a decent livelihood.

Both have roots in outwardly neutral policies that people with privilege can often manage to skirt—whether by hiring expensive lawyers, paying math tutors, drawing on inside connections, or simply not being subject to bias.

As legal scholar (and beloved founder of the Opportunity Institute, the organization that incubated Just Equations) Christopher Edley, Jr. has noted: math requirements can’t just be neutral. They must also have validity.

A former math major, Edley has nothing against mathematics. He wants every student to benefit from mathematical truths. What he opposes is the use of placement tests, remedial requirements, and admissions policies as gatekeepers to preserve inequity.

Whether in community colleges around the country, California State University, or public institutions in states such as Tennessee and Georgia, the work has begun to make math more equitable. Rather than penalizing students for not passing a test of math content they hypothetically might use one day, more colleges are focused on supporting students to learn math that is actually relevant to their aspirations.

As Peralta Community College District Chancellor Regina Stanback Stroud has said: these efforts constitute “anti-racist work to make sure our communities are not excluded, oppressed, and marginalized through practices that are cloaked in the mantra of high standards, academic excellence, and meritocracy.”

To actually reach the goal of educational justice and “re-purpose mathematics as a tool for liberation”, as Just Equations called for in our recent statement, far more must be done, beginning well before students arrive in college. To that end, we are encouraged by the voices of mathematics organizations around the country that are elevating the importance of dismantling the traditional architecture of math opportunity.

As one of those organizations, TPSE Math (Transforming Postsecondary Education in Mathematics) writes, it is past time for the math community to embrace systemic change: “The brutal killings of George Floyd and so many others by law enforcement officers have unleashed a torrent of emotions that we must now channel into fundamental change in our society, including change in the policies and practices of academia and, in particular, mathematics.”

The Joyful Conspiracy and New Opportunities to Modernize Math

Expanding Opportunity Through the Purpose of Math

Can Math Be a Vehicle for Social Justice?