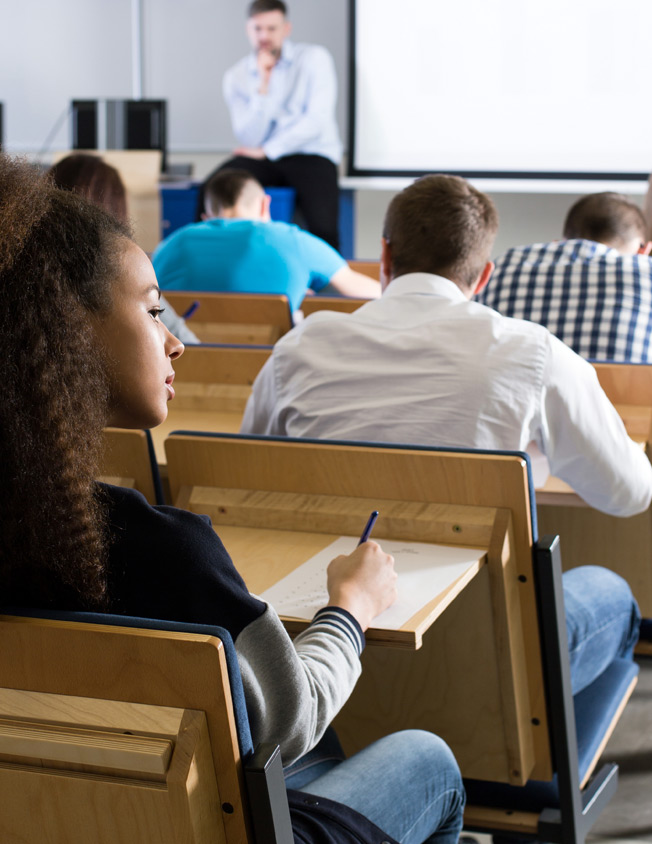 DownloadView
No items found.
May 2015
|
Report

Degrees of Freedom: Varying Routes to Math Readiness and the Challenge of Intersegmental Alignment (Part 2 of a three-part series)

"As key transit points for students … community colleges face an array of expectations that are often confusing, ambiguous, or altogether conflicting."

The second in a three-part series, this 2015 report shed new light on alternative remedial pathways and obstacles to their implementation, with a focus on policies that govern transfer from two-year colleges to four-year universities in California.

After nearly 10 years of investment in improving remedial math success, the initiatives with perhaps the most promise are also the most controversial. Alternative developmental math sequences emphasizing statistics and quantitative reasoning have been developed for students interested in non-algebra-intensive fields. Early results at community colleges have been extraordinary, opening up opportunities for students to succeed in college. But the sequences defy long-held beliefs, especially within math departments, about the importance of algebra for all students.

Universities’ wariness about the initiatives has created a dilemma for students seeking to transfer to universities, leaving colleges hesitant to make alternatives available. The issue is particularly salient in California, given the state’s history of experiments with math reforms and its role as the incubator of several alternative math curricula.

In the wake of this report, California’s higher education systems have adopted numerous related reforms aimed at eliminating barriers and improving alignment across systems.