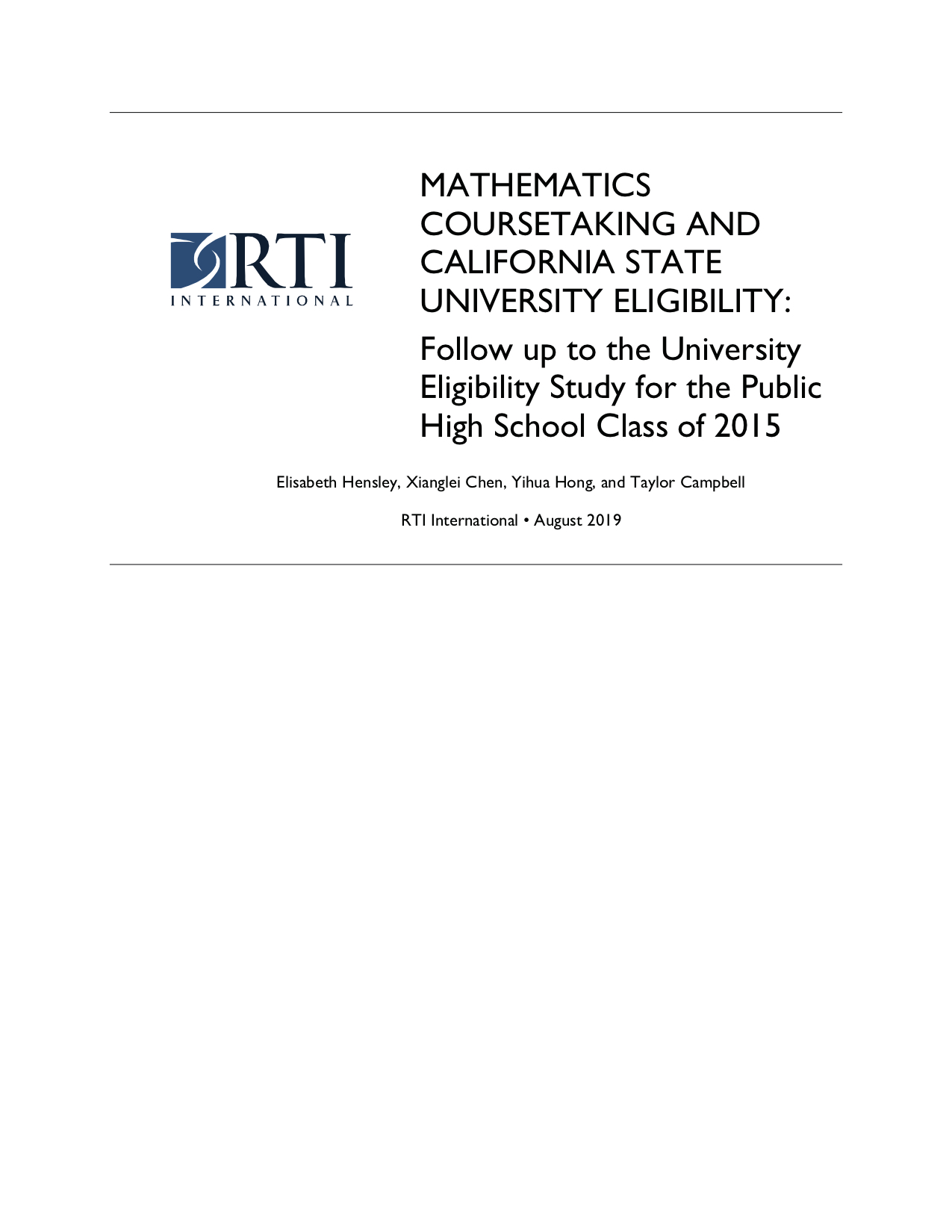 by
No items found.

How do changes to admissions requirements affect the makeup of students eligible to attend a university? That question arose in 2019, when the California State University trustees were considering a revision to freshman admissions eligibility requirements. The change would have added a quantitative reasoning requirement in addition to the three high school math courses that the 23-campus system already requires for admission.

To assess the proposal, Just Equations and partners commissioned RTI International to conduct a follow-up to a state-commissioned eligibility study RTI researchers had conducted two years earlier. The study looked at how the new requirement would have affected the likelihood that 2015 public  high school graduates would have been admitted to the CSU at the time, with breakdowns by gender, ethnicity, socioeconomic status, and California region of residence.

While the study was a retrospective analysis, not a prediction of how enrollment patterns would, in fact, respond to a change in eligibility requirements, it showed that applying the proposed admissions requirements to the class of 2015 would have reduced the eligibility of students overall, with Black and Latinx students seeing the largest declines.